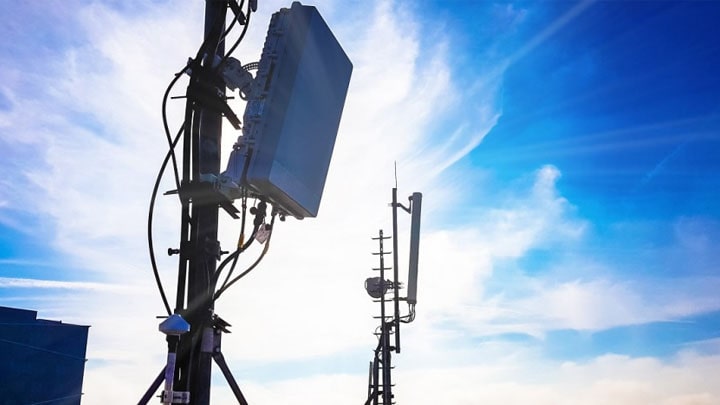 Ligado’s 5G network is under fire again for potential interference with GPS. Users of GNSS should assess the threats posed by adjacent band interference and mitigate any risks.

The ongoing political conflict over US-based Ligado’s proposed 5G network has spilled over into the media, with former deputy assistant transportation secretary Diana Furchtgott-Roth highlighting the risks it poses to GPS in a fiery opinion column for the Washington Post.

“Ligado’s signals will be 2 billion times as powerful as GPS signals,” she wrote on April 14th. “Just as an outdoor rock concert would drown out birdsong, the proposed Ligado 5G transmitters would overwhelm GPS signals.”

A year ago, in April 2020, Ligado received the green light from the Federal Communications Commission (FCC) to transmit in the 1526–1536 MHz range of the L-band, very close to frequencies used by GPS and other global navigation satellite systems (GNSS).

The decision – which Ms Furchtgott-Roth describes as “misguided” – was made despite strong evidence that signals from the Ligado network could interfere with GNSS reception near Ligado base stations. As noted by Inside GNSS, the FCC made the decision while acknowledging that “there is potential for harmful interference to some devices, particularly high-precision devices.”

Ligado was able to secure spectrum in the portion of the L-band reserved for satellite signals because satellites form the core of its proposed network. But that network also includes ground-based transmitters with signals far more powerful than GPS signals transmitted from space, which are extremely weak by the time they arrive on Earth.

Critical national infrastructure could be at risk

For applications that rely on continuous GPS/GNSS availability, that’s a problem. Much of the critical infrastructure that the US depends on – from energy grids to traffic lights to earthquake warning systems – relies on GNSS to operate. If receivers in those systems can’t get a fix on satellite signals due to adjacent band interference (ABI), the systems may not function properly.

In an energy grid, for example, power blackouts could occur if a vulnerable timing receiver is exposed to harmful levels of ABI. So understanding and countering the threat is essential for operators of critical infrastructure.

Conformance with existing interference protection standards may not be enough

While Ligado is the focus of the current controversy, it’s just one example of a problem that’s likely to grow as the world becomes more dependent on radio-based services. The radio frequency (RF) spectrum is a finite resource, and fitting in new wireless services is increasingly difficult, with spectrum sharing between services becoming commonplace.

As the spectrum gets more crowded, GNSS developers and users will likely have to contend with more sources of potential ABI. That will require appropriate countermeasures to be built into receiver designs, such as improved filtering of unwanted signals and improved shielding against signals transmitted at low elevations.

To date, international standard ETSI EN 303 413 has been a good benchmark when designing GNSS receivers to filter out ABI. It’s the standard used by the European Union Radio Equipment Directive to specify levels of interference tolerance, for example, and all new receivers sold in the EU must conform to it.

However, ETSI EN 303 413 conformance may not be enough to ensure receivers are protected if noise in adjacent bands is very powerful relative to GNSS, as it is with Ligado. Our own tests at Spirent have shown that receiver performance can degrade very quickly and unpredictably once the ETSI-defined threshold has been exceeded.

For designers and developers of GNSS receivers, and for organizations that rely on GNSS for critical operations, that means staying up to date with potential new sources of ABI and understanding their possible impact on receiver performance.

If continuous, reliable GNSS reception is critical to a receiver’s use and ABI is deemed to be a risk, the receiver should be tested not just for conformance with ETSI EN 303 413, but also in the presence of the interfering signal itself, as its power levels may exceed the ETSI threshold.

That will require simulation, as the interference source may not be present at the test site – and even if it is, its power level is unknown and uncontrollable – or it may not yet be live. (Ligado’s network has yet to be built, for example.)

Tests can be created relatively easily, using a multi-channel signal simulator to model the in-band GNSS signals and a signal generator to generate the adjacent band signal at its documented power levels. The effects on the receiver can then be observed as the power levels of the signals are adjusted.

Behaviors to look out for include horizontal position errors as noise levels increase, as well as the effects on time to first fix (TTFF) when the receiver is turned on in the vicinity of a ground-based transmitter.

If the tests show that the ABI could be harmful, appropriate measures should be taken. These could include replacing the receiver with a more robust one, moving the receiver to a safe distance from the ABI source, or designing stronger protection measures in the receiver itself.

With ABI becoming more of a threat to GNSS receivers and the systems that rely on them, thorough testing in realistic scenarios is essential to understand and counter the threat of harmful interference. As the market leader in GNSS test and measurement, Spirent can help with all aspects of testing the performance and resilience of GNSS receivers and GNSS-dependent systems – including their behavior in the presence of threats like ABI.

In addition to our powerful signal simulators and control software, we offer a ready-made test pack for RED/ETSI EN 303 413 conformance testing. We can also help you to develop a test plan and test cases to evaluate receiver performance in high-power ABI environments.