Transportation Requires a Fusion; Now to Test It 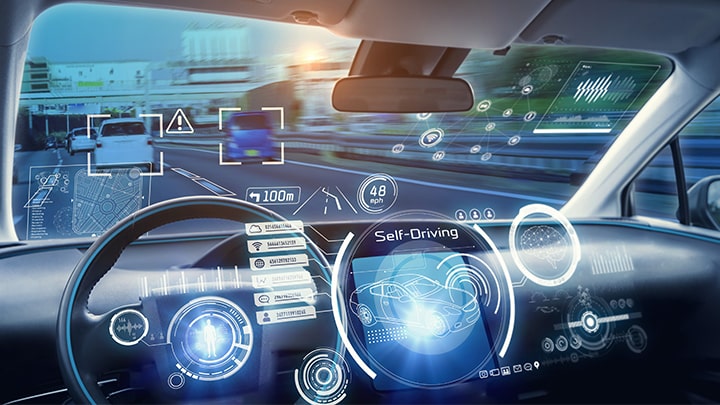 Inertial navigation systems (INS), like most navigation systems, have evolved through countless iterations and improvements over many years. An INS, unlike other navigation technologies, does not rely on any external signals or inputs to aid navigation. It is, therefore, extremely difficult to spoof, jam or disrupt the system, and solar flares, ground/sky visibility and climate do not affect its ability to aid in navigation — unlike GNSS.

An INS knows where it is going because it knows where it has been. Modern INS use a minimum of three orthogonal accelerometers to measure accelerations in the x, y, z planes and a minimum of three orthogonal gyroscopes to measure the angular accelerations about the x, y, z planes. When the INS is initializing, its current location is fed into the system. After initialization, the INS utilizes the sensor outputs to determine its position relative to its starting point.

The INS made its debut during World War II, where it was used to guide German V2 missiles. At the time, the INS was still rather primitive, using two two-degrees-of-freedom gyroscopes and one integrating accelerometer. It wasn’t until the war’s end that Wernher von Braun and his team developed a stable platform with three single-degree-of-freedom gyroscopes and an integrating accelerometer.

Once the war was over, the United States Army acquired many of the lead scientists from the German V2 project and furthered research into INS. The Air Force also had an interest in INS and contracted Northrop Aircraft (now Northrop Grumman) to develop the guidance system aboard the SNARK cruise missile. However, the work under Charles Draper at MIT’s Instrumentation Laboratory spearheaded INS for use in aircraft. Draper was an amateur pilot and quickly saw the benefits that a self-contained system provided over the navigation systems of the day. The developments made by the Instrumentation Laboratory led to the success of the inertial-guided transcontinental flight in 1953.

By the late 1960s, military bombers and aircraft used INS, and by the early 1970s, it was commonplace in commercial aircraft, too. Today, INS technology can be found in aircraft, spacecraft, ships and submarines, as well as smartphones, watches and other wearable tech. It has quickly become an essential enabling technology for autonomous vehicles, and future applications are being studied.

The biggest weakness of INS is that they drift over time. This means that the longer an INS functions, the less accurate it becomes. For this reason, many INS are part of a sensor-fusion system. Incorporating data from many different sensors — such as GPS, a barometer, a compass and INS — a sensor-fusion system combines data through a Kalman filter to determine a more reliable and accurate positioning and navigation solution.

Best of Both Worlds

By combining INS with GPS, you get the benefit of both systems while minimizing their weaknesses. GPS and other GNSS have quickly become the gold standard for accurate positioning, as well as being the only global source of absolute position. Receivers tracking four or more satellites can provide their precise location anywhere on Earth.

However, GPS has significant and well-documented weaknesses. These stem, primarily, from the fact that GPS signals are extremely weak by the time they reach terrestrial users. This means that GPS signals, intentionally or otherwise, are easy to jam, and the broadcast nature of the signals means they are open to a variety of spoofing attacks. Fusion systems using an INS and GPS receiver can rely on GPS when the GPS signal is unobstructed, and switch to the INS solution when GPS is unreliable.

In a world where aircraft are now able to fly themselves and cars are quickly achieving autonomy, our dependence on these sensors is ever-increasing. Autonomous solutions with a navigation sensor suite of multiple sensor types are becoming common. Sensor suites can include other vehicle sensors that aid absolute positioning by sensing parameters such as steering angles, wheel rotations, etc. They are also beginning to incorporate non-GNSS-based RF signals to aid in navigation. Multiple sensors offer increased redundancy, helping achieve the required safety levels and the desired performance boundaries.

Testing and optimizing these sensor-fusion systems presents a serious challenge, especially in the transportation sector. Testing on a live platform can be hugely expensive and lacks any chance of repeatability. For these reasons, simulation is critical. In addition, representative models must take into account the impact of the environment and the dynamics of the vehicle frame (where sensors are installed) to achieve the requisite realism.

My company, Spirent Federal, has spent the past 20 years building sophisticated and robust test solutions so that sensor-fusion systems can be fully tested and characterized. Thorough testing increases performance and reliability in safety- and mission-critical applications.

Specifically, our GSS7000 and GSS9000 GNSS simulators deliver the precision and fidelity needed for high-performance applications, while our inertial emulation platforms incorporate the key industry models of both inertial measurement units (IMUs) and embedded GPS/inertial (EGIs) for dynamic integrated testing in the lab.

We work closely with major defense contractors, such as Northrop Grumman and Honeywell, to provide robust test solutions as well as alternative RF PNT simulation capabilities.

In addition, hardware-in-the-loop incorporation with ultra-low latency, modeling signal propagation in a 3D environment — and the ability to “shift left” with software-only testing — are what helps to make Spirent Federal the trusted partner in sensor fusion development.